In September 2019, Polish archaeological expeditions in Paphos, i.e. the Polish Archaeological Mission operating on behalf of the Center of Mediterranean Archeology of the University of Warsaw (CAŚ UW) since 1965 and the Paphos Agora Project of the Jagiellonian University (PAP UJ) since 2011, were combined under the supervision of prof. Ewdoksia Papuci-Władyki. Both institutions formed a consortium with the Faculty of Geodesy and Cartography of the Warsaw University of Technology. The consortium received an OPUS 18 grant from the National Science Center for research in Paphos, led by the researcher, entitled “MA- Maloutena and Agora in the urban plan of Paphos: Modeling the urban landscape of the capital of Hellenistic and Roman Cyprus.”
In 2020, despite the difficult epidemiological situation, the first MAP research campaign was successfully implemented. The excavation began on October 1 and continued until November 1, 2020, with a small group of 14 people (not all at the same time). The interdisciplinary MAP research team is composed of representatives of fields such as archeology, geophysics, architecture, and specialists in remote sensing research, procedural modeling, and spatial analysis. Based on the information collected on the basis of previous research and source queries as well as new data obtained during the project, the team will reconstruct the layout of streets and buildings functioning in the area of ​​ancient Nea Paphos in various historical periods. Particular emphasis is placed on the residential area of ​​Malouten and in the central part of the city in the Agora area. The result of the integrated research results will be the reconstruction of the city landscape and buildings in the form of 3D models. The obtained 3D reconstructions will then be subjected to spatial analysis in order to establish the relationship between the layout of buildings and streets and the functioning of the city in terms of visibility, population flow, the potential number of inhabitants, etc. The project implements an innovative methodology for Cyprus, which has been successfully used, however, in the few archaeological sites in the Mediterranean basin so far (eg Pompeii, Carnuntum).
In 2020, the focus was on verifying some key points in the city’s street layout. Let us recall that Paphos was founded on the Hippodamaic plan, i.e. a regular grid of streets intersecting at right angles. An inventory of architectural details discovered in previous years, which will be helpful in creating 3D reconstructions, was also carried out. The research in Malouten was carried out in the area of ​​street No. 10 running along the N-S axis between the Villa of Theseus and the House of Orpheus. Their aim was to verify two intersections of this street and B streets running along the E-W axis, where the TT.II test trench was marked out, and C street – the TT.I trench. The aim is to clarify the chronology of the formation of these communication routes and to capture their lines. Excavation work has not been completed, work will continue in a future campaign. The research near Agora continued to verify the results of the geophysical prospecting and were concentrated within the Southern Portico and the hypothetically adjacent L Street from the south. Two probing excavations, TT.IX and TT.X, were opened, but none of them was explored to the bedrock.
As part of the promotional activities, a modest celebration of 55 years of Polish archaeological activity of the University of Warsaw and the Jagiellonian University in Paphos was organized in cooperation with the Department of Antiquities of Cyprus and the Embassy of the Republic of Poland in Nicosia, with the participation of the Minister of Communication, Transport and Public Works, Yanis Karousos. 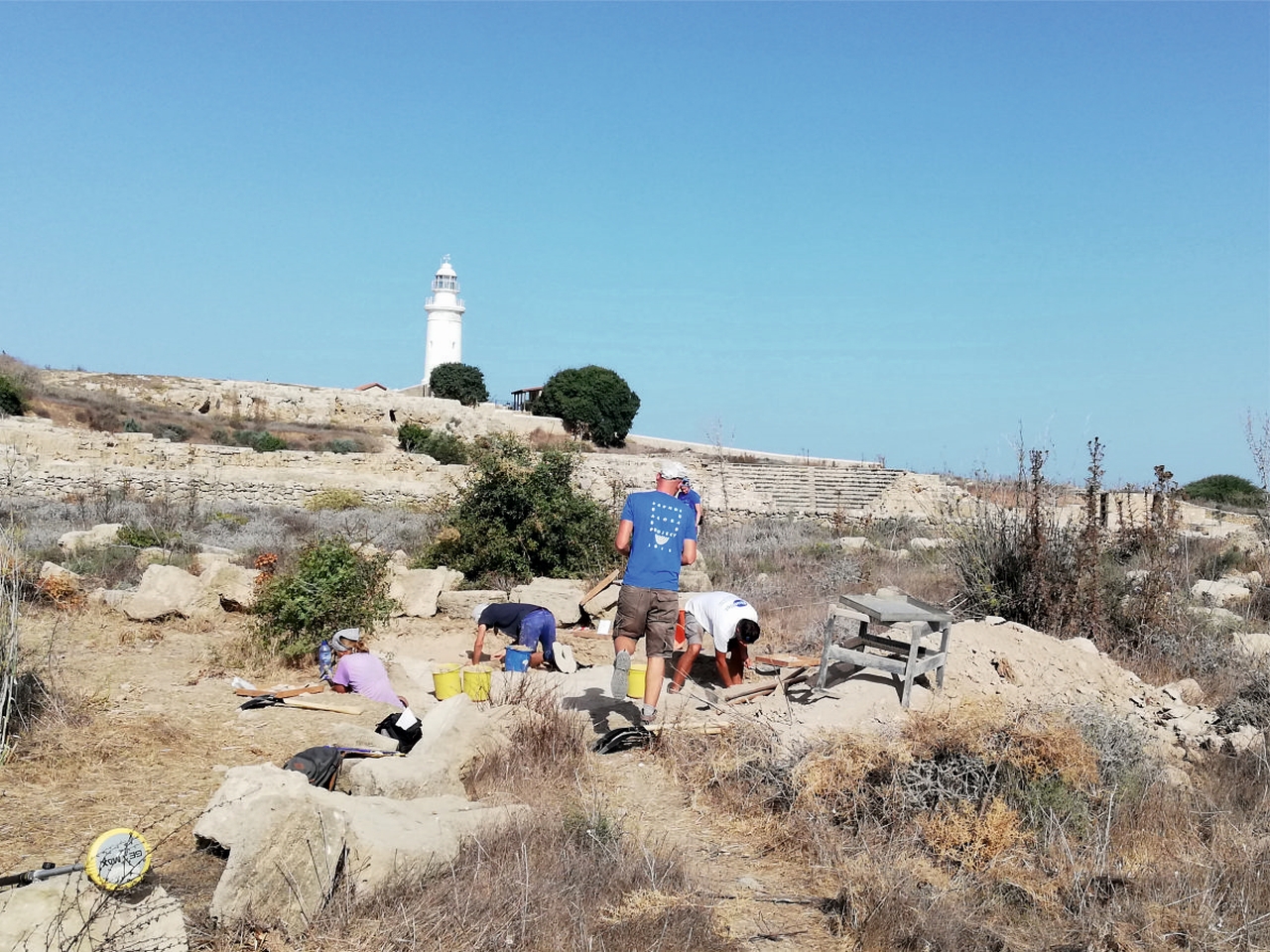 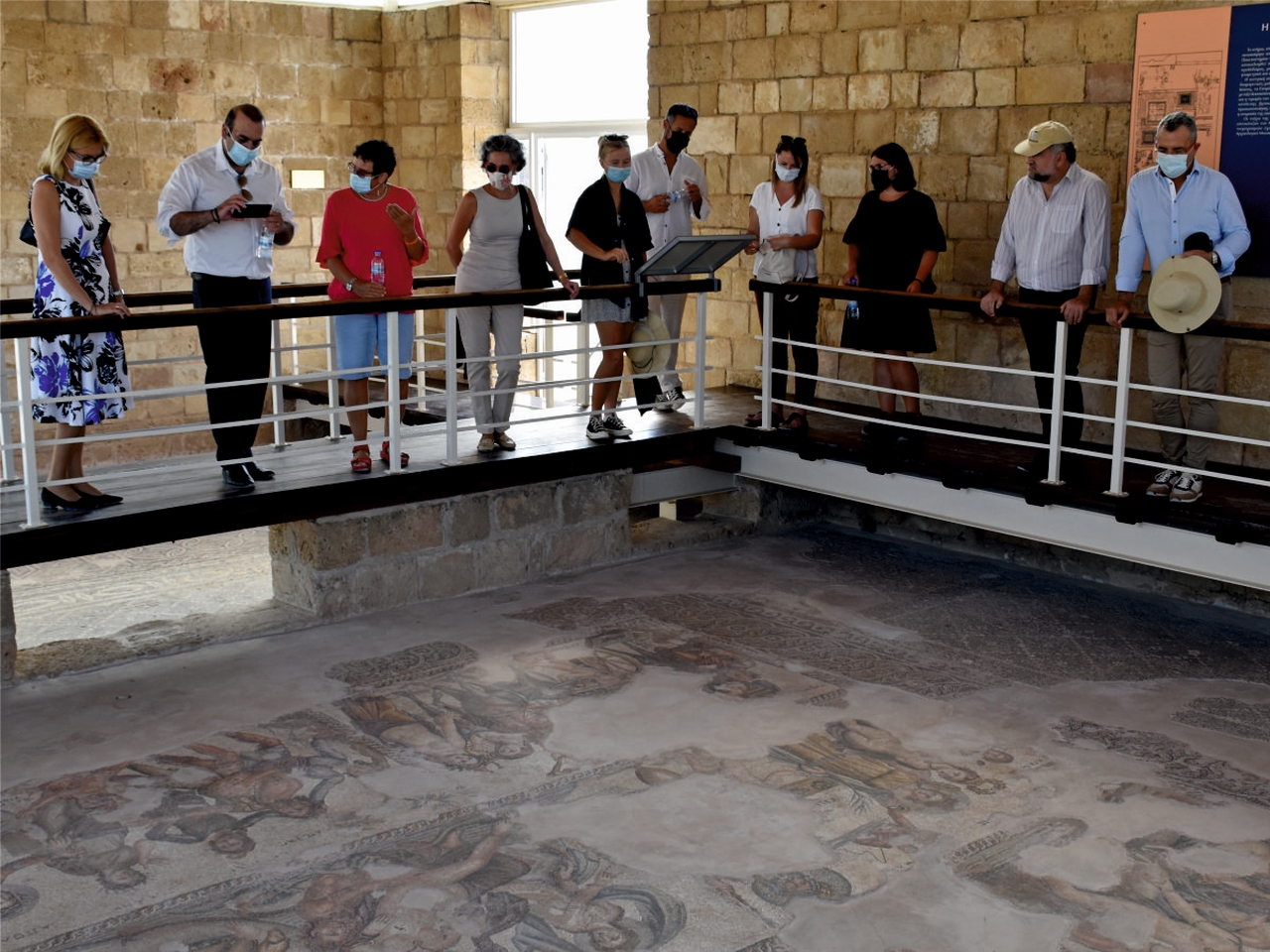 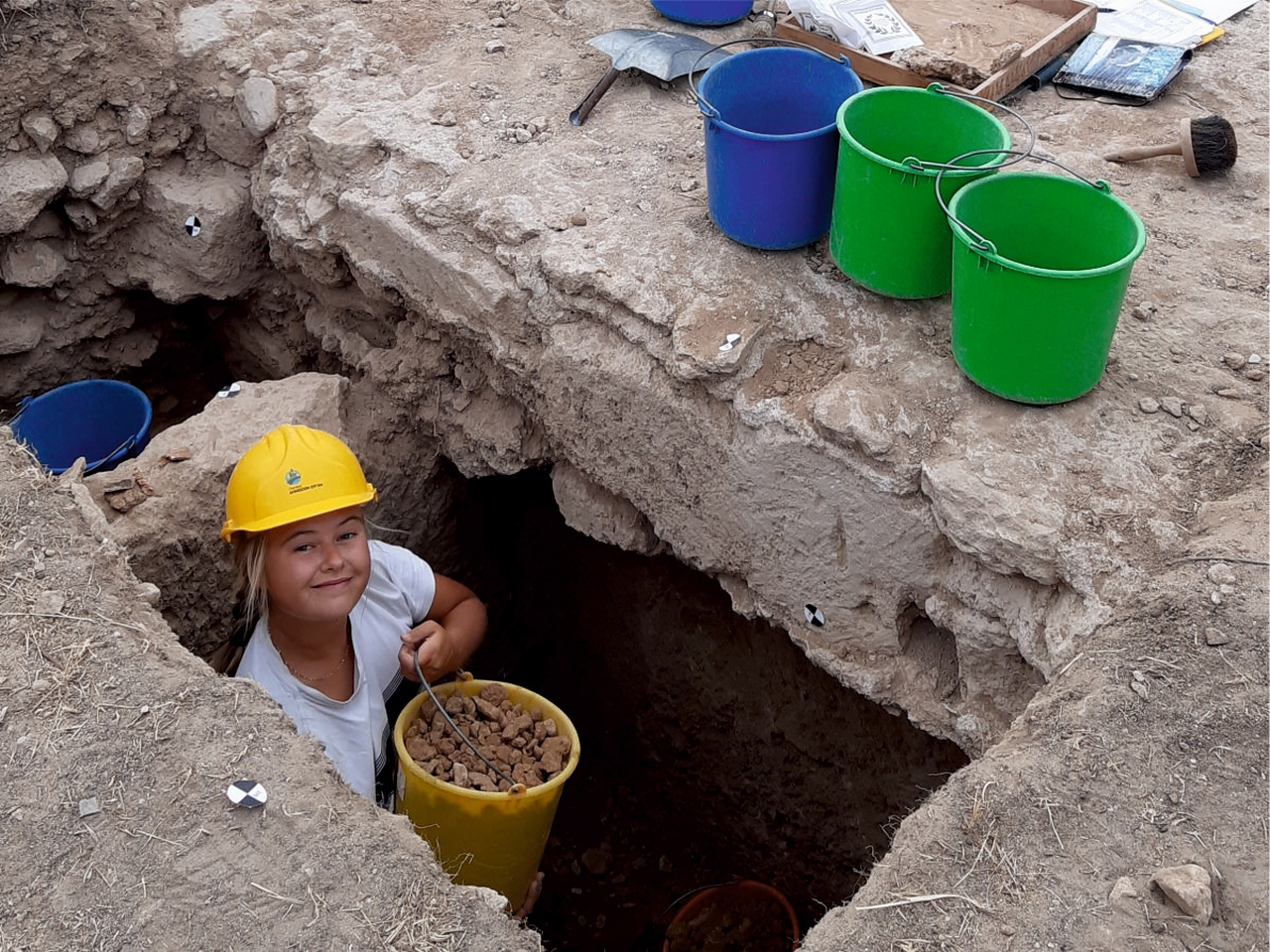 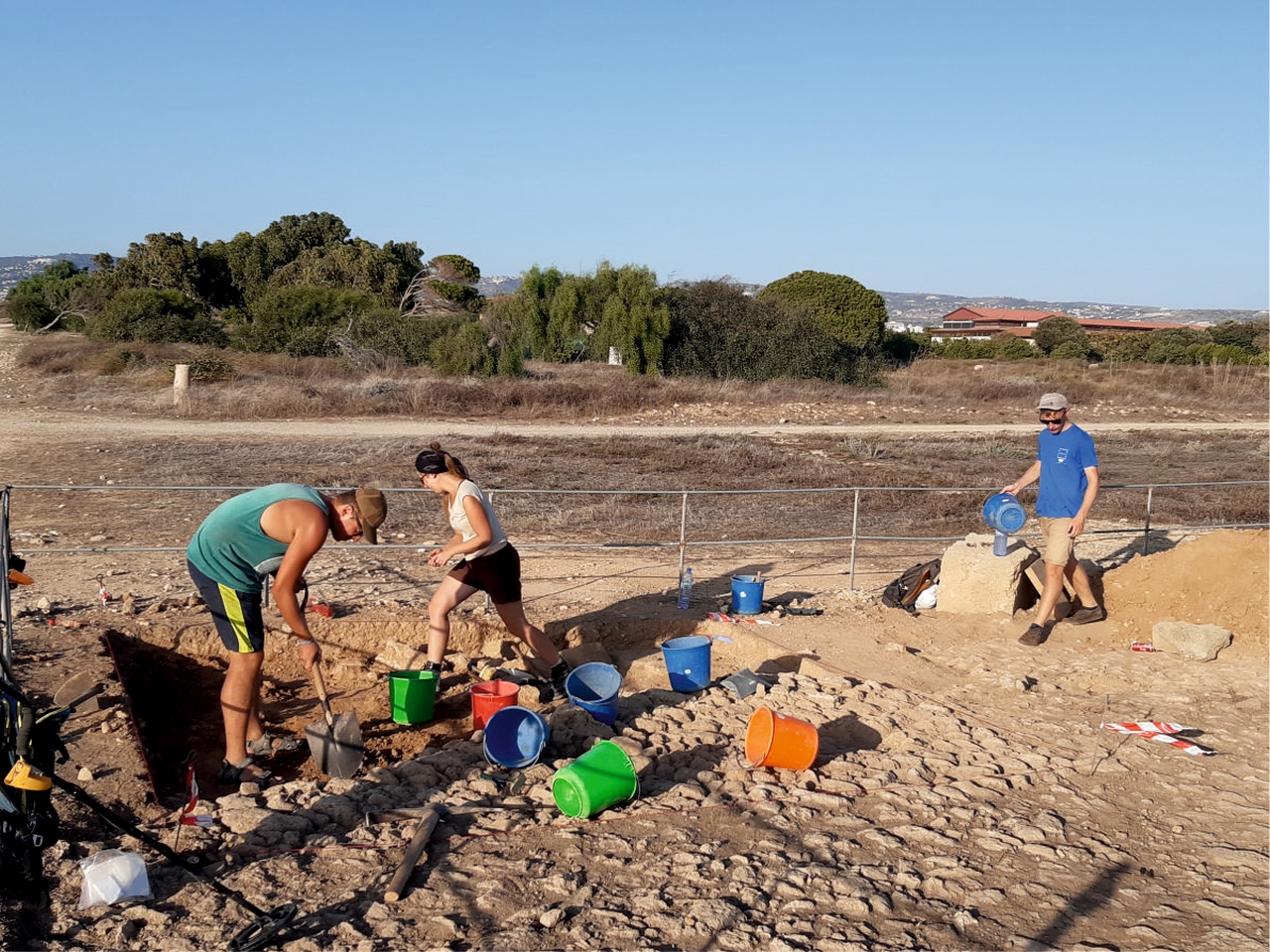 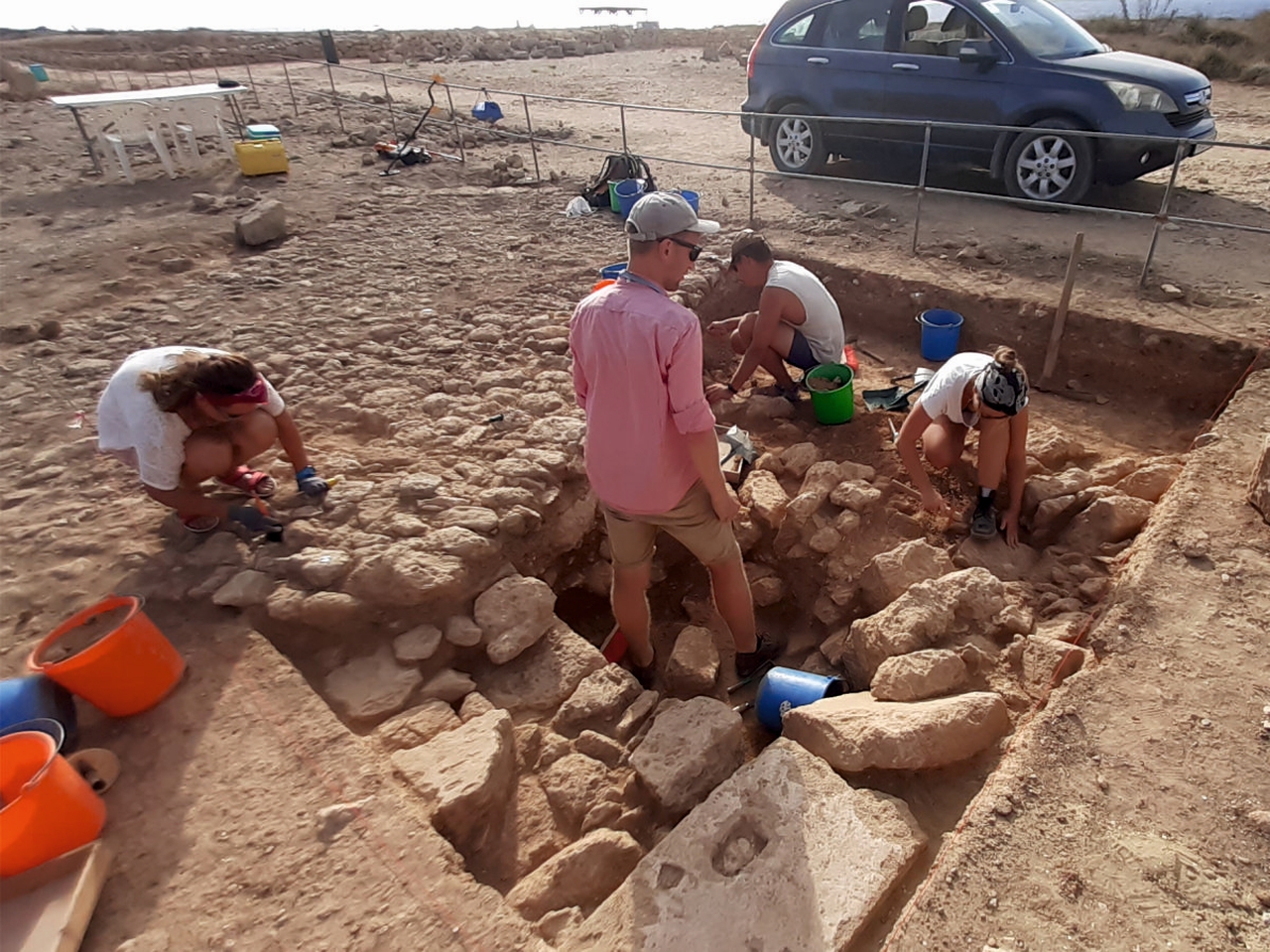 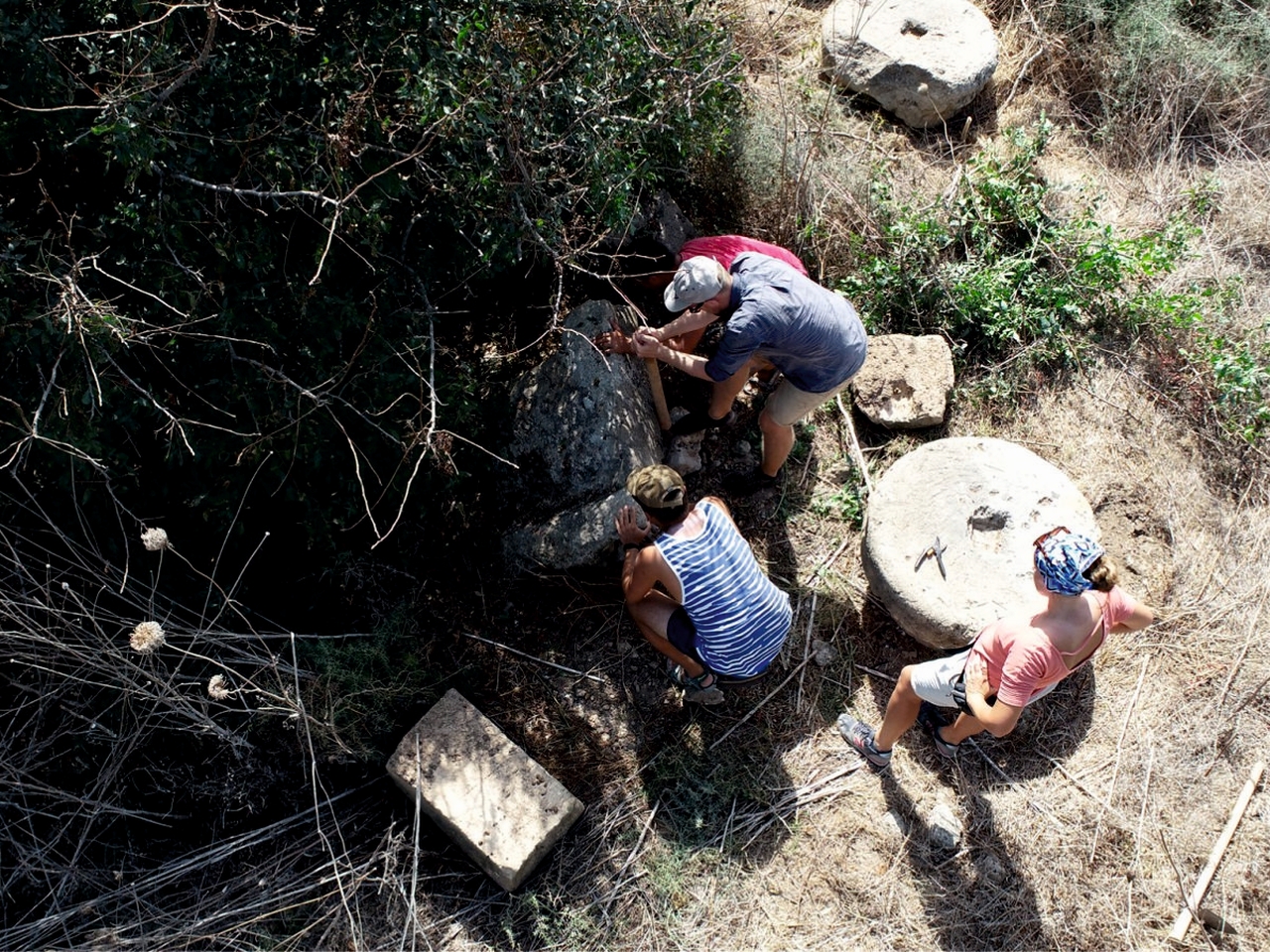 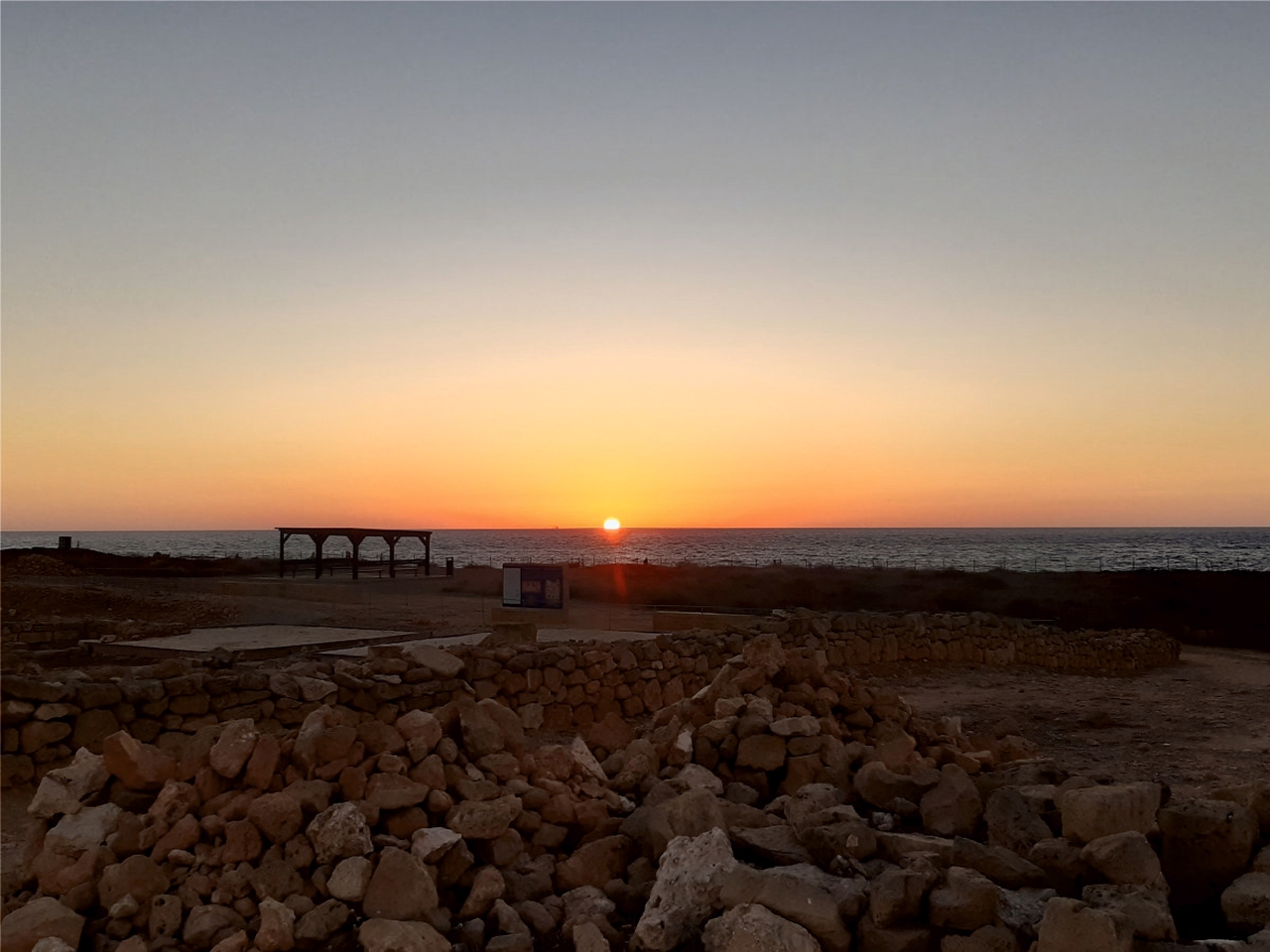 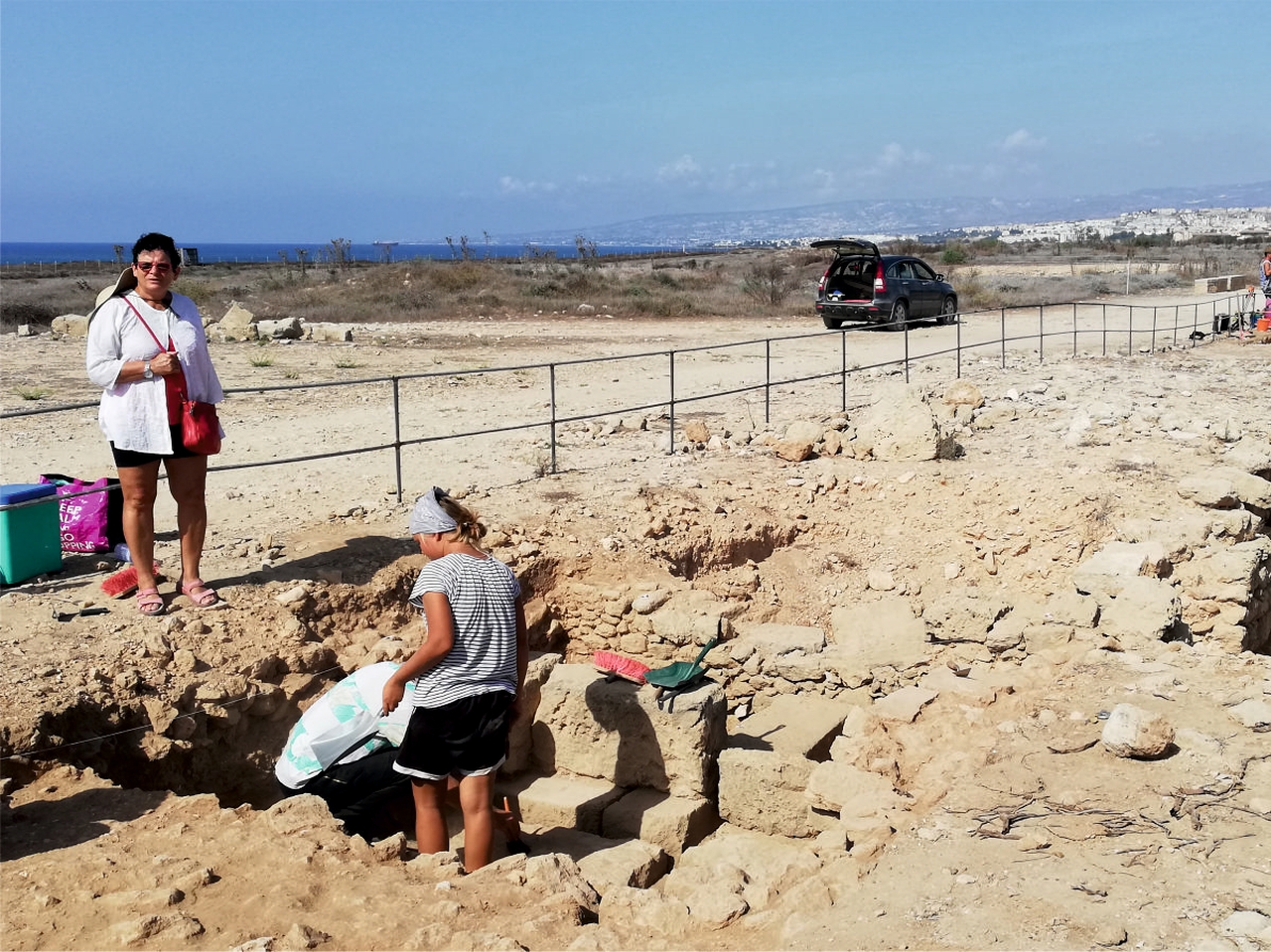 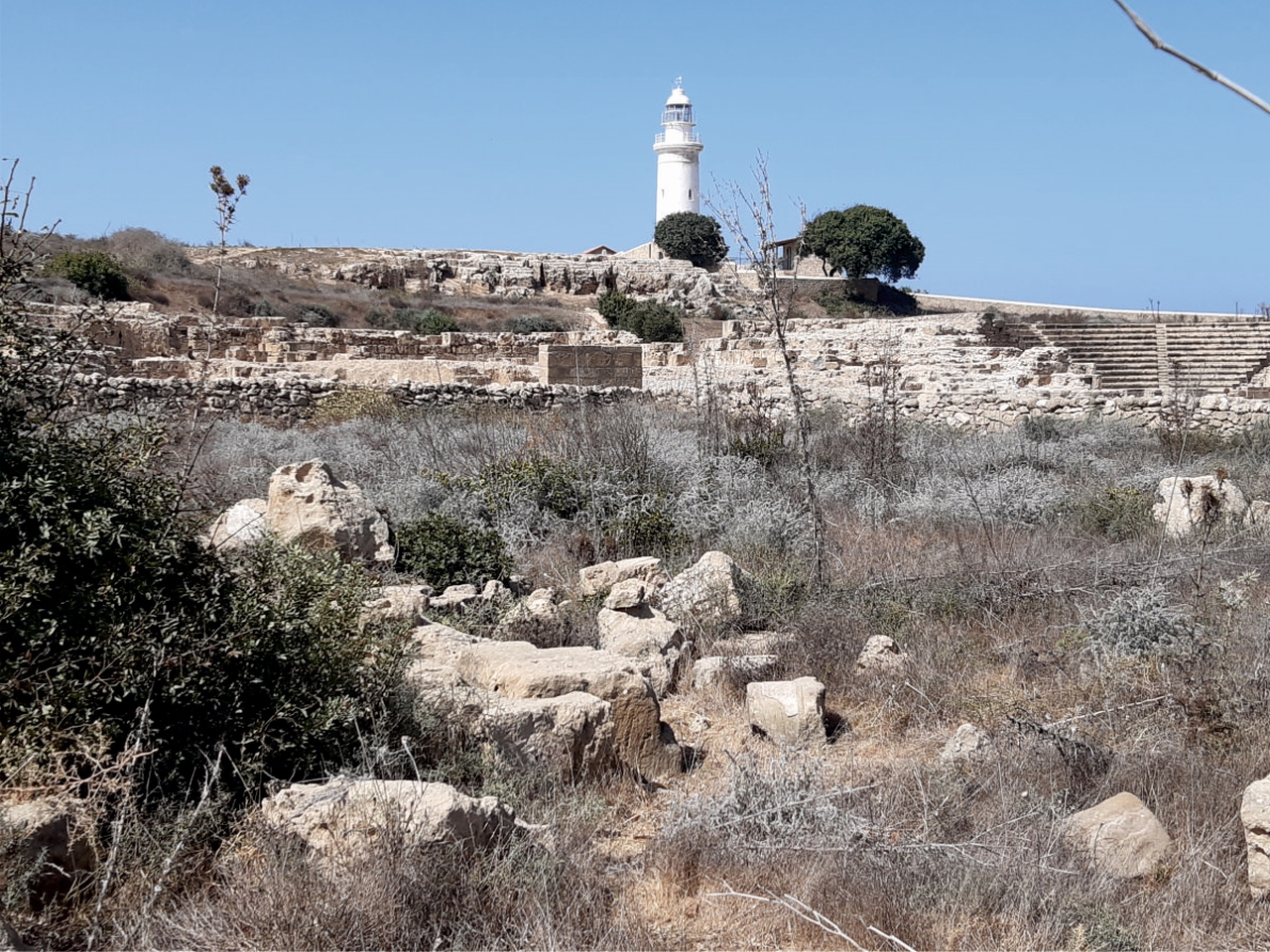